Israel as a Leader in Global Cannabis through Research and Investments 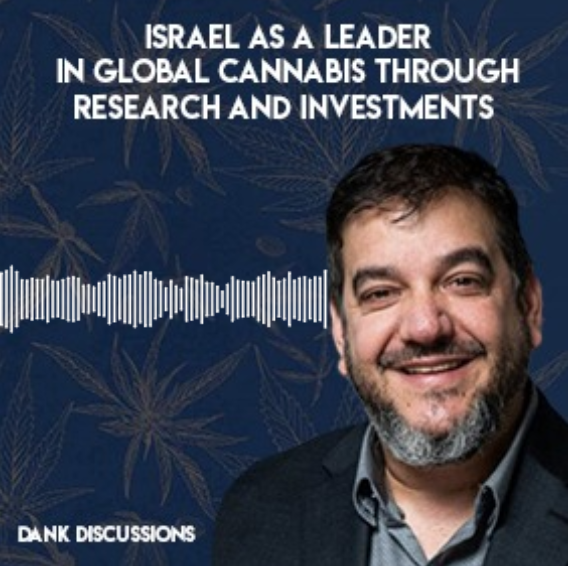 DANK Discussions - Making More Money with Your Cannabis, Hemp, CBD Business
Israel as a Leader in Global Cannabis through Research and Investments

Saul Kaye is the CEO and Founder of iCAN Israel Cannabis, producer of CannaTech global events (www.canna-tech.co), and one of the main cannabis advisors to the Israeli Knesset. Six years ago, Saul stumbled upon a small event in Tel Aviv called “CannaTech” and decided to acquire it as one of his ventures. Today, CannaTech is continuing to build a strong community of passionate cannabis industry professionals across the world. Saul sees it as the best platform to educate about cannabis across the broad network of agriculture, human relations, venture capital, big business, pharmaceutical, and beverage companies. Although these categories aren’t used to playing together in the global spectrum, CannaTech provides the environment to allow them to do so.

Similar to the deep-rooted stigma in the United States, the stigmas surrounding cannabis in Israel have not changed much. It is well-known that the majority of people in Israel are enjoying cannabis products recreationally. However, the Israeli government is more interested in medical cannabis as an opportunity for Israel to continue to make a name for itself on the global stage in the field of scientific research. Saul shares his thoughts on what it will take to bring legalization to this small country which has given the world so much in terms of research and development.

Looking at the New Industry Bursting Through

Next, Saul talks about the importance of getting more individuals to take action. The goal result of that action being “access for a patient to have whatever it is he or she needs.” Although there are so many social and legal implementations such as stigmatizing, regulating and criminalizing, none of them have worked! Why do we still implement these systems if they aren’t working? We must all work together to push the reset button and reeducate others about the industry.

CannaTech and PsyTech are Pushing the Envelope Around the World

CannaTech TLV 2020 is the 5-year-anniversary of CannaTech events. This gives Saul a great perspective on where the industry has been and where it’s going. In addition, it places CannaTech in a unique position at the center of the Israeli and global cannabis ecosystems. Aside from the upcoming Tel Aviv event, CannaTech was in Davos and Saul gives his observations on the reception at this seminal annual World Economic Forum. Finally, Saul sees the psychedelic renaissance that is upon us and has created PsyTech to continue to bring more nature-based medicine to the forefront of the World’s collective consciousness. PsyTech kicks off at the end of March 2020 as an extension of CannaTech in Tel Aviv.